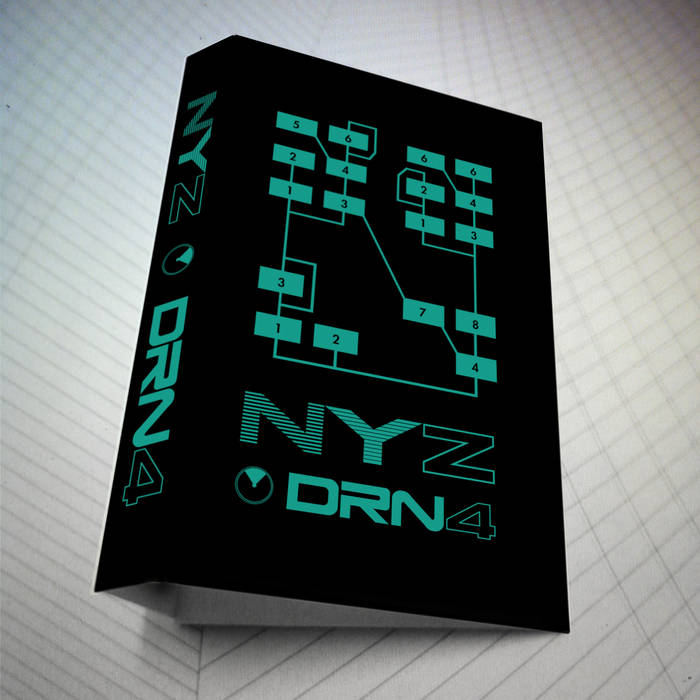 Tom Rimshot Noyze is literally the closest thing to Eliane Radigue currently in existence. It is minimalist, cerebral and intensely technical work, and I can only hope he continues to release these astounding cassettes.

This is the first release by NYZ and is a superb musical collection of research areas classified to internal Noyzelab operations. Not even .MEDS label were informed of the secret processes underlying its creation, excepting that we know it involved Frequency Modulation (FM) synthesis! We have not been given any information regarding when this work was recorded, but we suspect the material spans at least a decade of David's FM algorithm research on numerous synthesizers, as well his own custom built ear deceiving gear...

According to one reviewer of David's previous musical output he "gleefully disrupts just about every standard convention of musical form you could think of, including those of so-called experimental musics." Other reviewers have written that :
"His music is a bizarre, yet compelling journey investigating the outer realms of music generated on ancient & contemporary machines." "It's strikingly original audio that doesn't really sound like anything else I can think of." "Utterly sublime. So there you go, a life-affirming slab of mind-altering sound to reawaken you to the terrifying possibilities of creation." "absolutely wreaks havoc" wrote Keith Fullerton Whitman on reviewing David's last release (T. H. Cycle cassette on Important Records/Cassauna).

David Burraston is an award winning artist/scientist working in the areas of technology and electronic music since the late 1970s. His experimental arts practice encompasses field recording, landscape-scale sound art, chaos/complexity, sound synthesis and electronic music. He performs, lectures, conducts workshops and creates art installations in Regional NSW and around the world. David also designs and builds sound synthesizers based on his theories of chaos/complexity science.

He has previously released his highly original form of experimental research music on numerous cult labels such as ALKU (in collaboration with RUSSELL HASWELL), IMPORTANT RECORDS/CASSAUNA, TAIGA, .MEDS, CATACLYST, ENGRAVED GLASS, TOCHNIT ALEPH, BETA BODEGA COALITION, SEVCOM EDITION and featured in THE WIRE MAGAZINE Below The Radar series. He has worked with many diverse collaborators such as Aphex Twin, William Barton, Alan Lamb, Chris Watson, Russell Haswell, Robin Fox, Oren Ambarchi, Garry Bradbury, MIT Media Lab and the Australian Broadcasting Corporation. In 2014 he independently published the legendary "SYROBONKERS!", the most technical and in-depth interview ever given by Aphex Twin.

David had an innovative role in the foremost UK telco’s R&D laboratory in diverse areas such as Artificial Life, Chaos and Complex Systems, Spatial Audio, Virtual Reality and Data Visualisation. His 2006 PhD thesis (Generative Music & Cellular Automata) developed and applied fundamental new concepts, arising out of generative music practice, to a key problem in complex systems. This has served as a foundation methodology for creative practice and complex systems research.

David is a founding member of the Electronic Music Foundation Institute (www.emf.org). He was part of the team that designed and built long wire installations at The WIRED Lab and is a member of the Board of Directors (www.wiredlab.org). He has been operating Noyzelab as an independant art/science music studio since 1981 (www.noyzelab.com) and to the surprise of many is even on twitter @noyzelab

Bandcamp Daily  your guide to the world of Bandcamp

Featuring interviews with the mighty Hiatus Kaiyote and genre-busting L'Rain.